The chair isn’t just empty now, with its cushion recently turned back over to the “company side;” the chair is at present more like a shadow, hollowed out in form, a two-dimensional image in a three-dimensional space. A grayed out chair in an otherwise room of color that sits right by the door as I walk in.

“Join me in the kitchen” was a command I thought would be funny to teach my new pup, Jacob, starting January 13, 2018, which was the day I drove his tiny little body home from about 45 minutes away, his pouting at and playing with me the whole way home. He learned that phrase quickly, and from anywhere in the house, if I was cooking, grading papers, watching the news, or showing him off to someone else when I said “Jake Jake! Would you like to join me in the kitchen?” he immediately appeared. Sometimes he used the ottoman as a step, but most of the time he leaped directly into the club chair in the kitchen, circled twice, and then sat on his hind legs with his face eagerly pointed toward me waiting for a good reason.

Having lost an incredible dog after twelve years, then soon getting a new puppy  only to lose him ten days after bringing him home to some rare disease, Jacob’s presence in my home became holy when he finally arrived following these losses.

I named him Jacob with the expectation that he would make his name true; I would become “laughter” as he would be “the son of laughter.”

When I came home every day, he would hear my car and be standing in the kitchen chair just inside the door with his hind legs on the cushion (not the “company side”) and his front paws on the armrest licking with excitement before ever making contact with my nose. If I didn’t stay in that spot long enough, he would jump off the chair then back on  repeatedly, pretending to pout until I gave him the length of time he required.

He pulled his thirteen-year-old sister’s tail between his teeth until she would wrestle with him.

He insisted on sleeping under the covers at the foot of the bed, often in the night ending up on his back with all four legs pushing straight up against the sheets making his own personal tent to include his body, my feet, and his kneck wresting over my ankles. I loved it, and it made me laugh every time.

My sneezes and farts were a matter of immediate concern and need for investigation, usually beginning with a jump as if we were being robbed and ending with a look of judgment from his tilted head, his nose to my nose.

Whenever he saw me cry, he got as close as he could, licked away a few tears, and then leaned in until it stopped. Me laughing sent him on a looping rampage through the house carrying whatever toy still squeaked.

These kinds of little things, on dark or heavy days, made the coming home worth it. On good days, they were reminders of some of the inherent good in life. He had made me laugh, and had become the son of laughter.

I yelled “Jacob, would you like to join me in the kitchen?” this morning as I was making coffee before heading to work. He didn’t come running.

I knew he wouldn’t, but it seemed like I had to try. A magical thinking of sorts.

He didn’t answer when I saw his still, shadowed frame, left side against the glowing pavement in the very center of the intersection, lit in the yellow light of old street lights and shadowed by three college-age students, crying, asking me as I swerved into the intersection and lept out of the car, “Is this your dog, sir?”

I got down on my hands and knees in the middle of the intersection, things becoming slow motion, hearing but not having any idea what the college kids behind me were saying through their own tears.

I’m remembering now kissing the top of his nose and snout. Brushing the hair on his ears between my fingers and wiping bloody snot away from his nose. I cradled his head in my hands like I would first thing in the morning if I were to wake up before him. Nothing else seemed to matter.

When I said “Hey it’s me,” I know I saw from the top of his still but still breathing frame a light in his eyes appear as he recognized it was me who was holding him, forhead to forehead, hands and knees on the bloody pavement beside him.

This moment was holy too, I suppose… I’m not convinced, though. I don’t want to let shit off the hook too easily with piety.

A towel appeared. I wrapped him awkwardly and answered every bystander’s mumbled question, no doubt helpful ones, with silence as I climbed into the driver’s seat of my running car while still talking to him, now holding his bloody body in a bloody towel in my bloody lap.

I don’t really remember driving to the Emergency Animal Hospital, but I do remember slamming on the horn as I pulled in and parked just before slamming into the building. I opened the door as they unlocked it with the buzzer and met me in the lobby.

I looked down at my little ten-month-old lifesaver’s face for the first time since we were forehead to forehead in that intersection, looking for his eyes which have been an answer to prayer and promise of his namesake since January 13 as he has made me laugh and find gratitude more times than I can count. When I fund his eyes, he did not find mine. He wasn’t there anymore, and in that moment it felt like I wasn’t either.

As I’m transferring my towel-wrapped little buddy’s body to the tech’s arms, I hear myself saying, “Is he gone?” These last hopeful shreds rushed out as if were it simply offered out loud, the circumstances could perhaps change and the answer I already knew to be true would be reversed.

The vet’s stethoscope was placed on my little buddy’s chest once, twice, and the third time the vet looked up over the rim of his glasses as he shook his head “no.”

They started talking or asking questions or telling me something…the two techs and the vet. I heard the words “or cremation?” which was when I stopped caring what they were saying. The selling in my eyes was blocking me from responding with either anger or answers. Reflexively, I shook my hands and walked back into the lobby, sitting down to see his precious blood on my pale legs and arms as my eyes filled completely with the red and white blurs of a tremendous loss.

Two days later, after an unknown time of staring into nowhere, I find myself turning around to look at the chair hoping I was sleeping somehow, or had been dreaming something, and that Jacob is actually sitting there with me in the kitchen.

But he’s not, and the chair is more than empty.

our stories are close together 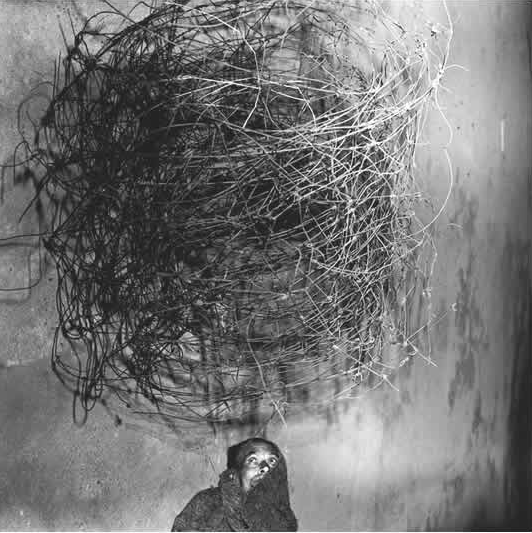 stories remarkably close together––
even with miles of history or miles of dirt between.
but we keep them to ourselves
because our story, we’ve been told,
is the only one that looks this way.

and so we imagine the space between our stories
that was never there to begin with.

Our stories are always close together.