7 Comments
By Most Hopeful learning to live

beyond sides of a story

But what happens if we consider moving beyond sides of a story? What if we have been fighting for the either or for the or when it was never an either or to begin with? What if our need for choosing sides comes more from a need to stop listening, because listening is harder than fighting. Persisting in curiosity is harder than moving into superiority.

And if we experienced the crash of the story me from one bank, and them from the other, we may both tell the truth, and still tell a different story.

So is there a way to listen widely, getting so many sides of the story that we move beyond sides all together and rather begin to experience the fulness of the story we know we exist anyway? A fullness that breeds humility and compassion and generosity because we continue to listen and therefore take on the fulness and complexity of the story itself rather than landing on a side and being forced to start a fight.

7 thoughts on “beyond sides of a story” 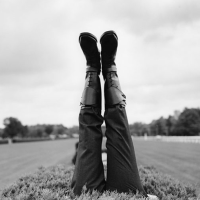