2 Comments
By Most Hopeful grief and trauma, learning to live, Series: Signs of the Kingdom

And please.
Don’t act like you don’t know it.

Don’t act like you don’t know what the funeral laugh is. If you pretend that you don’t know it, I’ll know you’re lying and that’s an entirely different thing to address. We’re together here, you and me.

We all know what the funeral laugh is.
And we’re all guilty.

That inappropriate laugh in the moment where we are faced with the reality that the clock stops ticking one day. The clock stops ticking and the reality rushes in that we are more time-limited than we are prepared to admit. And we don’t know why things happen the way they do, why pain and progress get shaped and honored and forgotten the way they do; why pain lasts and hope lasts; why the possibility of something different for the future can operate with larger and stronger and broader strength than the reality of the way things have been in the past.

That completely inappropriate laugh that surprised us as much as anyone who heard it before we muffled it with a cough or choke or some other lame cover.

We can pretend as though we are wired for money or wired for sex or wired for love or wired for prestige.
But we can’t pretend for long.
Because once we catch anything we chase,
it sheds its skin
and we realize that we are naked and selfish,
insecure,
hopeful,
and powerless in more ways we care to consider.

And that’s when in stings.
It’s gonna be the funeral laugh or the funeral wail. One is coming out and we can’t help it.
We are at the funeral. We know that the person in the casket is highlighted by a story that now has defined lines of what was and wasn’t accomplished.
And we are terrified.
And rightly so, because we are afraid of what the present reality means for us when we shove it up against the reality of the future.

But, it’s that laugh that comes out. And in the same way it’s poorly timed and poorly placed, it’s also unexpected and sends a surge to the abdomen which sends a surge to the brain. And the surges remind us that we are, today, in this moment, alive. And we are alive in a place that is filled with people on the edge of laughter or tears, people ourselves included, who are still making the little choices one after another because our clock is still ticking. Our story still has options.

So we remember our inside jokes and laughs.
So we send cards to the mailbox with stamps and seals that say thanks again for everything.
So we let the other person in front of us in traffic, in line, in thought.
So we pause and raise a glass to make a toast that’s more a prayer than the blessing would have been.
So we make a decision to risk admitting we are powerless and hope that something rises to catch us.
So we wear party hats when making grown-up decisions that aren’t fun because we are alive and here to make them.

So we decide to choose the laugh at that inappropriate time that’s marked by real and gritty silence and seriousness. We know that we will wail again in a moment, and we know that both are actually fine.

But right this second, we choose the laugh. And then it won’t stop. We can’t stop it.

At this funeral, in this thin space where we are asked again that huge question about what it means to move forward in the world we will stop moving in, for a time, one day, we choose the funeral laugh. Because we can. And because we must.

2 thoughts on “the funeral laugh” 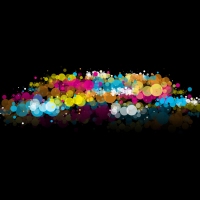