Leave a comment
learning to live, social work, what they are teaching me

I met with two teenage guys this afternoon for therapy. I spent my time reminding them of all the progress they’ve seen against all the odds that were stacked against them, the odds they had recounted in previous sessions, the bad odds I had not tried to talk them out of because I wasn’t sure enough that they were going to come true.

And yet these two young men actually enacted these bad odds not coming true. They made choices and held out hope long enough that a different kind of future happened against all the odds, really. Over and over again.

But they’ve already forgotten. They are now in the middle of the next layer of stacked-against-them-odds and they don’t remember that they felt as impossibly positioned not so long ago. And they don’t remember that not so long ago they courageously chose to push into something they didn’t know and found themselves on the other side of something that seemed one-sided.

More time passes in a day and we realize that sometimes we wake up in the middle of the night with worry and fear, drowning in forgetfulness, and we are overcome with anxiety and sorrow. And we find ourselves praying because someone once said we should pray when we wake up and can’t sleep in those dark hours of the night/morning.

So we pray that God will show us how to listen, and that we can learn what it actually means to love our awkwardness juxtapositioned to the honesty of others. And we ask for sleep knowing, owning for one damn time, that we aren’t orchestrating all of this and we need some help to be able to find any peace at all, waking or sleeping.

But it doesn’t matter either way, because we realize that we are all learning from each other, and we need the people around us to remind us that we are capable of and intentioned for more than we could ever think to ask or imagine.  And though we often drown in our own forgetfulness, a sleepless night that reminds us to ask for eyes to see and ears to hear might just be what we need to remember that he is making all things new and he is the God of doing things against all the odds.

Even in the middle of a sleepless night.

Tagged anxiety, Ask an Expert, counseling, depression, forgetting, God, insomnia, middle of the night, Religion and Spirituality, social work, worry
Leave a comment
learning to live, Prayers, what they are teaching me

Thinking of you again this morning.
Praying for you.
For a tiny bit of peace in the anxiety,
for a tiny bit of clarity in the confusion.
Know that we all pray for you
and your family regularly…
we individually and together.
We don’t know what the right thing for you to do is,
and wouldn’t even claim to.
We pray for clarity,
wisdom,
peace,
faith,
understanding
and patience while waiting on clarity,
wisdom,
peace,
faith and
understanding.
With so much to consider,
and so much pressure,
know that we are all in your family’s corner…
whatever happens.We wait and hold on with you.
We pray together for God to make you,
them,
and all of us whole.
djordan
Pine Tree Dr.
Tagged anxiety, choices, decisions, friends, partners, patience, prayer, together, understanding, wait, wisdom, worry
2 Comments
learning to live, on, social work, what they are teaching me

it’s always past the very end

I spent the entire day yesterday joining in on, an hour at a time, the lives of others who find themselves at the end. It may be crippling depression, recent diagnosis of illness, recent shift of parental figure yet again, recent divorce, recent infidelity, on and on. I sit up in my chair and play serious with adults and prop myself up on elbows on the floor and play silly with children.

They don’t need me to tell them what to do, how to respond, what to feel or how to proceed next. In many ways, I’m responsible to listen well and in so doing invite them to listen well to themselves, often for the first time in a long time.

And I’m reminded this morning, riding an old Amtrak feelings myself a part of a different era, of how inside all of the stories in which I became a fly on the wall of yesterday, we are all of us, me and them, quite sure that we can see the future. We are more hesitant to admit it, but we are.

And we are most sure when we’ve reached the end of possibilities. Times get tough, we look around, and realized that the train has made it all the way to the station and there’s nothing more to hope for.

The crowd joined in the attack against Paul and Silas, and the magistrates ordered them to be stripped and beaten with rods. 23 After they had been severely flogged, they were thrown into prison, and the jailer was commanded to guard them carefully. 24 When he received these orders, he put them in the inner cell and fastened their feet in the stocks.

25 About midnight Paul and Silas were praying and singing hymns to God, and the other prisoners were listening to them. 26 Suddenly there was such a violent earthquake that the foundations of the prison were shaken. At once all the prison doors flew open, and everyone’s chains came loose. – Acts 16

And we can all believe.

chaos and the work of God

We are not shy
to raise our hands
and call out your name
to give you thanks for
clear skies,
crystal streams,
chirping birds,
brilliant sunsets,
healthy babies and
happy homes.

We speak of being blessed
and assume that blessings speak to
a void of chaos and a presence calm.

and yet in our fumbling and
in our stumbling to
do justice and
love mercy
and walk humbly,
we suddenly fumble and stumble into
the very face and hands of God.

that God is not absent in
the unknown moments of chaos,
but rather he is present in a very
hair-raising kind of presence.

and so we give thanks
both for the chaos,
and for the work of God in its midst.

the illusion of the one thing 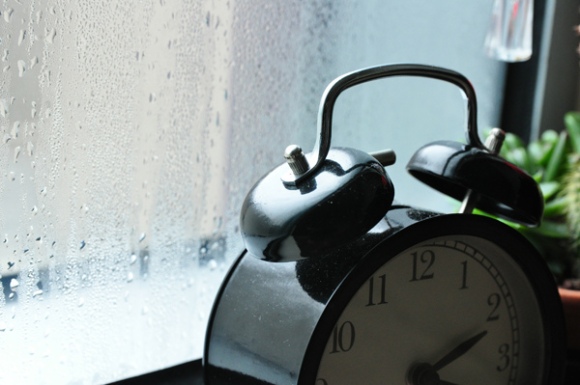 Privileged, I sat and listened to seven different people today, varying in ages and colors and backgrounds and struggles, all sharing the clouds in which they find themselves. I saw myself in them today, all of us looking for the one way of thinking about it or labeling it or diagnosing it that would set them, set me, set all of us free. If that one thing was found, they could get the right medicine or the right outlook or take the right action or make the right choice to fix it all.

“Fixing it all” is of course the goal they hurried in with, and the goal I hurry in most places with. It is, of course, the goal that all of us most often run into the cloudy situations with. Tell me the one thing that will fix all of this.

We scramble and wrestle and our ears turn red and our voices raise and tears fall and our heart rate takes off. Everything in us is trying to churn together to locate, isolate and intervene on that one thing.

Our inevitable not finding it leads to our heartbrokenness, growing frustration and often to our hopelessness.
And there is in the places where we sit quietly, listening to the clock tick, watching the moth walk across the window, feeling that part of our sock that isn’t fitting right, we begin to let go the illusion of the one thing. And we take a breath, and we see that in the middle of the cloudy struggle, there is still a ticking clock. Still across the window a walking moth, still a tangled sock buried deep down in our boot.

And in those moments, we realize the cloudy struggle isn’t all that is true. And there, our hope begins.

before the end of this day 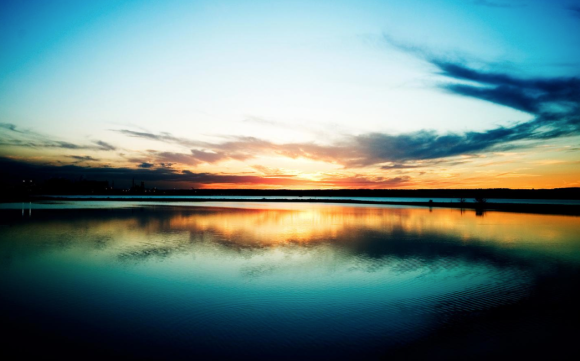 And we are grateful.

And we are grateful.

So be your true self, enacting the things impossible for us, that we might yet be whole among the blind who see and the dead who are raised; that we may yet witness your will for peace, your vision for justice, your vetoing all our killing fields.

At the outset of this day, we place our lives in your strong hands. Before the end of this day, do newness among us in the very places where we are tired in fear, we are exhausted in guilt, we are spent in anxiety.

Make all things new, we pray in the new-making name of Jesus.

+ W. Brueggeman, from “You beyond our weary selves” in Prayers for a Privileged People

The church calendar calls into consciousness the existence of a world uninhabited by efficiency, a world filled with the excessiveness of saints, ashes, smoke, and fie; it fills my heart with both dread and hope. It tells of journeys and mysteries, things “seen and unseen,” the world of the almost known. It dreams impossibilities: a sea divided in two, five thousand fed by a loaf and two fishes, a man raised from the dead. My daily calendar reminds me that what I experience in the wold of faith must be measured against what I see, what is happening around me. + Nora Gallagher

The last two or three weeks have found me enslaved to my calendar. The calendar, however, has been filled with meetings and classes and groups and sessions that often find me wondering afterward if there is any reward in seeking and more so doing justice. But there is a rhythm to it. This past Sunday, visiting a church that has grown fond to me for multiple reasons, I found myself partaking of the bread and the wine, and the moment froze in time, or at its fastest began moving in slow motion.

I totaled my car several months ago in transit from my great grandmother’s funeral to the graveside service. I remember as the car began spinning and flipping. I took my hands away from the wheel and put them in my lap. There was no screaming, no cussing, no praying, no yelling. I remember seeing slowly, the way movies freeze the frame for scenes like these.

And I remember thinking nothing other than, “this is happening.”

Last Sunday morning was much the same. I was kneeling, looking three people over at the two boys of close friends kneeling also with their parents, and I felt the thickness of tears flood to my bottom eyelids. I grinned, and time slowed down. I kneeled there, participating in a kind of holy moment that I’ve participated in for more than twenty years. I had no control, no wisdom, no input, no heavy thoughts.

And I remember thinking nothing other than, “this is happening.”

But when I knelt at that rail to take the bread and wine, and join in histories of men and women across the globe doing the same thing, and wondering the same things, and especially looking three people over to see my little buddies kneeling at the same rail, I remember thinking nothing other than, “this is happening, and I give thanks. And ask for courage.”

foolish clocks, all time was broken