Leave a comment
bible, on, poems, Prayers, Quotes, Series: Signs of the Kingdom, social work, to my students

forget not the afflicted: on Psalm 10 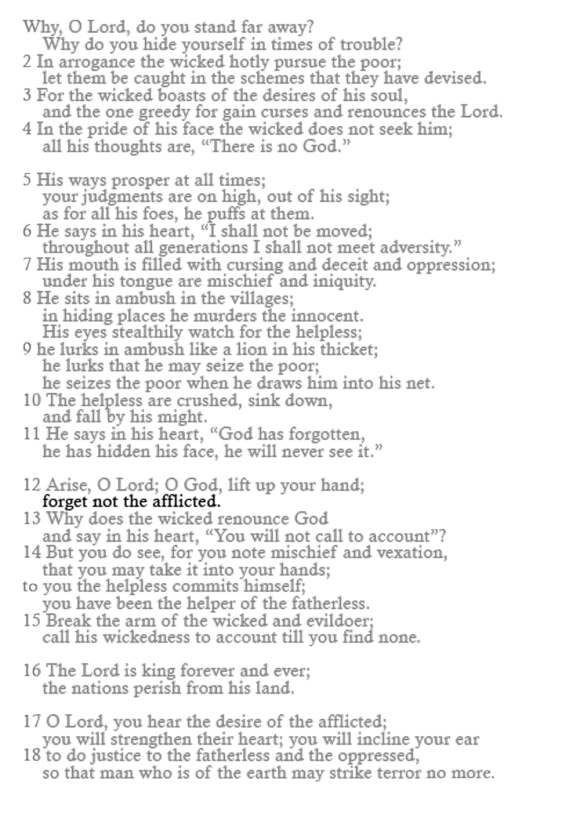 It seems more often than not that we find ourselves
in the boat
in the middle of the same damn sea
trying our hardest to do what we’ve done a thousand times before.

And still, all night long, we do what we know to do
and we try what has always worked
and we finally throw it all down, take off our clothes, and try to get some rest
because the work itself is almost unbearable.

And so, after someone whispers in our ear
that they think it’s Your voice,
we do it one more time,
just like this,
we do it.

And the nets almost burst,
but they don’t.
We bring it all in.

And we don’t know why or how,
but we come to trust
that after a long night of
hard work and nothing to show for it,
you speak
and the nets nearly burst.

Give us the strength to keep listening
and to keep fishing
after long nights of nothing.

when there’s nothing else to do

We were standing in a huddle, sixty people maybe, I can’t do numbers. The room is a room I spent many evenings in as a teenager, the church building of friends. We have misbehaved in that room, giggled, sung, prayed, pretended to pray, cried, married, listened, pretended to listen.

Tonight, no longer teenagers but many with children of our own, our parents not as young as they used to be, other new and old faces, tonight we huddled together in that room.

Prayer was being offered about one issue for one family tonight, but from the little I know of others’ lives in the room, I know that the room itself was heavy with issues that seem impossible to figure out or fix. And there we were, heavy, huddled.

We know too, however, that our hearts are telling us things are heavy and unsure and something must be done to help us move closer to the kind of shalom our brittle little hearts were made for in the first place. We don’t know what to do, but we know that something is not right.

And so we huddle together and do the only thing we know to do to give purpose to our hands and minds.

And prayer, in a huddle of people who have been there with us and seen us at our best and worst, becomes the only thing we can do.

So we pray. And we confess that we have joined the long defeat regardless of any promise of the outcome. We confess that our goal is obedience of seeking what is best for our own and our community and our children, but the goal seems out of reach, too massive, too complicated.

But something in us, perhaps the glimmer of the kingdom in us that shines when everything feels dark, something says that when nothing can be done and nothing can be said the only thing, by God, to do and say is to huddle together and pray that the kingdom would come on earth as it is in heaven.

And we resign to the fact that the huddle and the prayer and the messy people who are forming both are who and what we have been given as we hurt and hope and long together for the shalom our brittle little  hearts were made for in the first place. 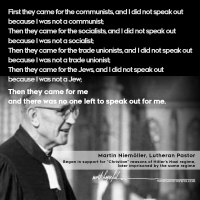